Home » HERO » And the Envelope Please. The Best Outcomes Evaluator in Wellness Is…*

And the Envelope Please. The Best Outcomes Evaluator in Wellness Is…*

*Among the subset of males not affiliated with They Said What.

Alert readers may recall that my New Year’s resolution was to balance my negative postings about the wellness industry with positive ones.  Like Diogenes searching for an honest man, I thought the finding the latter would be hard, but just as Romy Antoine also did earlier this month, The subject of this posting — to be named in Part Two — makes that easy.  Part One sets the stage for the review of his study.

By way of background, in preparation for bringing a possible lawsuit, I re-read the famous Chapter 2 of the equally famous HERO report. That was the chapter which inspired Ron Goetzel, Seth Serxner and Paul Terry (who was recently anointed as the American Journal of Health Promotion’s new Fabricator-in-Chief) to circulate their defamatory letter about me to the media, in a singularly self-immolating attempt to discourage them from publishing my material.  They insisted that Chapter 2 was pure fabricated nonsense, rather than a carefully analyzed report of real data.  Here is an excerpt from their actual letter, copies of which are available from me but which is summarized here:

A fabricated…absurd, mischievous and potentially harmful misrepresentation of our data.

Ron said it best in our Great Debate, minute 1:17 in the MP3 downloadable here:

Those numbers are wildly off…every number in that chapter has nothing to do with reality.

However, the sun rises in the east, taxes are due April 15th, and Ron Goetzel is lying.  Quite the contrary, Chapter 2 turns out to be a carefully analyzed report of real data — almost certainly the best case study ever published.

How did I learn that Ron was fabricating a story that his guidebook had fabricated a story?

Yes, as is so often the case with these three, they lied about the lies that they lied about.  It’s quite ironic that their argument against my original praise of this analysis was to insist that because my source was their own lies, my own analysis was unreliable.  These lies above don’t include the actual lies I might sue them about, which were lies about me, which are totally separate from their lies about their previous lies. (Their lie about me was that I had a history of outrageously inaccurate statements, none of which they have ever been able to identify.) 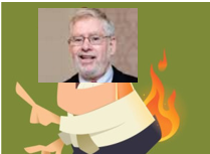 By whynobodybelievesthenumbers in HERO on January 30, 2017.
← Support our colleague Jon Robison by supporting MS research…and win a prize And the envelope please. The best outcomes evaluator in wellness is… →