Home » Uncategorized » Interactive Health breaks its own record for stupidity

Interactive Health breaks its own record for stupidity

In the wellness industry, 2018 is ending just like it began: Vendors Behaving Stupidly.

Along with about 12 other need-a-lifers, we traditionally attend a “Nerd-a-Thon” on New Years Eve (tonight), where we play board games, including home Jeopardy. One Jeopardy answer might be:

The correction question would be:

Q: “What is the length of time required for a beam of light leaving intelligence to reach Interactive Health?”

Yes, Interactive Health is ending the year just as they began it, by setting new standards for cluelessness. They started the year by offering unsuspecting and no doubt somewhat befuddled employees a “smoking recession program,” and are ending it by proving that their 2017 and 2018 Deplorables Awards were well-earned.

Here is their posting:

Let’s look at it carefully. They crammed four mistakes/fallacies, plus a unique hashtag (#HealthareCosts) into two lines. First, anemia is not “33% more likely” among women under 45. To the contrary, if they had wanted to step out of character and make an actual true statement, it would have been pretty much the opposite: “Women 15 to 40 are 26% less likely to be anemic than women 40 to 69.”

Perhaps this information will come as much of a surprise to them as it did to me — the difference of course being that I didn’t just post the opposite to 12,162 chronically misinformed followers.

There is an asterisk in case anyone is keeping score at home — pregnant women of any age are at higher risk for anemia. That is the most clinically significant factoid about anemia in the working-age population, a factoid which naturally Interactive Health overlooked. One of their specialties is finding issues that don’t exist while overlooking issues that do. Another one of their specialties is posting random statistics on Linkedin that even a college intern could debunk.  Or hyperventilating that the number of cases of Alzheimer’s is expected to double by 2060 without mentioning that the senior population as a whole is expected to double by that year as well. They also claimed that there was a dramatic increase in heart attacks, but in reality the actual rate is about half what it was 40 years ago.

Another possibility is that this anemia data isn’t a surprise at all to them. They are aware of it (it is pretty easy to come by), but telling the truth would have undermined their new revenue enhancement strategy, which is to convince companies to screen the stuffing out of millennials, by “debunking” the “commonly held misperception” that you should adhere to well-resesarched, widely accepted, official US Preventive Services Task Force (USPSTF) clinical guidelines, guidelines which say, unsurprisingly, that you should definitely not screen the stuffing out of millennials. 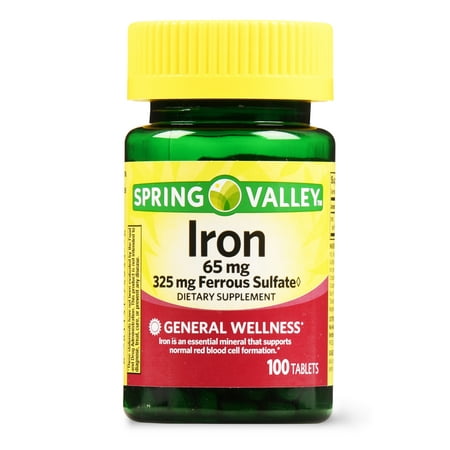 Oh, wait, maybe they were talking about hospitalizations for anemia, not garden-variety anemia. Hospitalizations would cost $10,000 or more. However, in the immortal word of the great philosopher Rick Perry, Oops. Looks like young women have far fewer hospitalizations than older women:

In other words, nobody.  The average company with 20,000 to 40,000 total employees of normal age and gender distribution would probably have 1 admission for anemia.

And we would bet that whoever is hospitalized for anemia already knew they had anemia before Interactive Health started harassing them. My guess is most of these admission longshots would be either complications of pregnancy or anemia of unknown origin, or a rare disease.

Third — no surprise given that statistic — the USPSTF does not recommend lining up women to be screened for iron-deficiency anemia. (Even for pregnant women, who are at much higher risk than non-pregnant women, they find insufficient evidence to screen them.)   “Hunting for disease,” which my colleague Alan Cassels has written extensively about, is rarely a good idea, and this is no exception — which is one reason it isn’t recommended.

Finally, why screen for something that you can’t easily address if someone fails the screen? The other reason it isn’t recommended is that iron supplements for women who are technically anemic but have no symptoms also aren’t a good idea.  Liquid iron, like this…

…can, among its many other charming attributes, blacken your teeth. (The good news is that, as the label says, this supplement is gluten-free!) Iron supplementation in general can cause side effects like nausea, vomiting, and diarrhea, while high doses are so downright dangerous that iron pill overdoses are the #2 reason for emergency room visits among all vitamin and mineral supplements.

The good news is, here is another Jeopardy A&Q:

Q: “What is the likelihood that in 2019 Congress is going to pass a law preventing vendors from penalizing employees who refuse to participate in non-USPSTF-recommended wellness screens like Interactive Health’s?”