So maybe this posting is not funny like last month’s, when Angioscreen won the uncoveted Deplorables Award.  But “funny” isn’t going to give you insights into how to perform more effectively — other than, of course, not using Angioscreen, a decision that will benefit your workforce immeasurably.

This posting has a bit more substance to it, announcing a webinar Monday, March 22nd at 1 PM EDT on “Hospital Financial Ethics.” It will feature a real price-gouging incident with a real bill — and a real patient with a real name (James Hamilton).

This bill will be deconstructed by an expert panel. I am humbled (which doesn’t happen often) by the talent we’ve been able to attract to this panel, none of whom even need an introduction:

You can register here.

And as long as you are signing up for our webinars, there are more on the docket (all at 1 PM EDT)

April 7: An “Emergency Webinar” on overcoming vaccine hesitancy in your workforce.

April 22: The best premature birth avoidance technology we have ever seen…and we never endorse vendors.  We’re making an exception here because they actually do something that employees love and saves money besides.

May 12: The Top Ten Easiest Employee Behavior Changes.  Turns out — who knew? — that employees can’t keep weight off, they don’t like broccoli, and they already buckle their seat belts. But there are ten behavior changes that either save money or improve health or both, that are so easy to make you don’t need to bribe or fine them.

June 15: Never Pay the First Bill.  A pre-publication look at Pro Publica uber-investigator Marshall Allen’s new book of the same name on how not to get snookered by a healthcare bill.

July 15: Featuring Dr. Eric Bricker (yes, the very same) on aligning incentives with your providers, your PBMs and your consultants.

Thanks to corona, surprise bills are ba-ack. And as you read below, you’ll see why coronabills will be a thing in 2020. 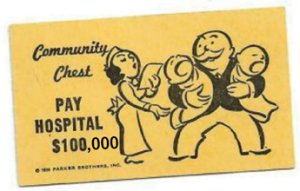 You can listen to a new podcast on this exact topic when you go to work. That is, assuming, you either work in an essential industry that you need to actually go to, such as supermarkets, first-responding or healthcare (and thank you for that!!!), or you work at a place where you can easily socially distance, such as repairing Maytags, arguably the safest job on earth.

The private equity firms that own these out-of-network practices are no doubt relieved that surprise bills have magically disappeared from the headlines — but they have not magically disappeared from your claims spend. PE firms have not suddenly decided en masse to become good citizens. Quite the opposite – their other investments are foundering, with out-of-network providers being the bright spots in their portfolio. All thanks to surprise billing.

Here are three of the Six Things You Need to Know about Coronabills.

1. There is zero chance of federal surprise billing legislation this year

Consider the rather sketchy ad campaign run in “swing districts” last year by the private equity firms owning these practices. The theme was that if doctors don’t get paid enough, there won’t be enough doctors.

Well, as effective as that campaign apparently was in 2019 (you didn’t see any surprise bill prohibition passed into law, right?), imagine how effective it would be in 2020. All they would need is a few live shots of overwhelmed emergency rooms, which aren’t exactly hard to come by.

Prediction: it’s not just that nothing will pass. You won’t even see a bill make it out of Committee this year.

2. Because your total health spending will drop precipitously in 2020, you won’t carefully parse your bills

Executives pay more attention to healthcare spending – or any budget item – when it is rising. Elective procedures and doctor visits are so far off this year that total spend will decline. Hence you probably won’t even notice these surprise bills. 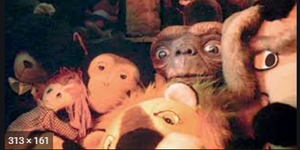 3. The canary in the coal mine would be employee complaints about surprise bills. Except that the copay is zero in many cases

As an ERISA plan, you don’t have to offer full coverage for treatment. But most of you will follow your carrier’s guidance. Which is to say, you will offer full coverage. Hence employees won’t be balance-billed. And that in turn means they won’t notice the total bill. Or, if they do notice, they won’t care. Bottom line: these bills won’t come to your attention.

Last call for Thursday’s “The cure for surprise billing” webinar

Besides the minor points that your employees’ or dependents’ odds of getting one of these surprise bills are 10 times the odds of having a heart attack or diabetes hospitalization* and that unlike the latter, these bills are utterly avoidable, here are three major reasons to sign up for this webinar:

A handful of other wellness vendors have signed up. We salute them.

And a special Honorable Mention to Wellable for posting the Reader’s Digest version of the webinar right here.

*OK, here is the calculation. The lower bound of these odds on any ER visit or admission is about 1-in-5 for any in-network facility according to the Kaiser Family Foundation. Others pace the odds at twice that, but we’ll go with the more conservative estimate. Your covered population incurs about 240 ER visits and admissions in total. 20% of 240 is: 48 per 1000. Whereas the number of covered people who will get a heart attack or have a diabetes event is 2 per 1000.

And yet, unlike heart attacks and diabetes, totally avoidable…

Care to guess the odds of a surprise medical bill for an ER visit?

According to a study published in JAMA Internal Medicine, an employee’s odds of getting a surprise medical bill for an ER visit or a hospital stay exceed 40%!

Well, you might say, serves ’em right for not staying in-network.

Wrong. This study looked only at in-network visits and admissions. Thing is, in-network facilities are often staffed with out-of-network providers. I know this firsthand — I’m in a private equity fund that’s making a killing by rolling up provider practices in local markets and keeping them out of network. It’s illegal for provider practices to collude to stay out of network, but it is perfectly legal for them to merge and make a practice-wide decision to stay out of network.

So, wellness vendors and consultants, here are two opportunities you can’t refuse, that are both central to your business strategy: 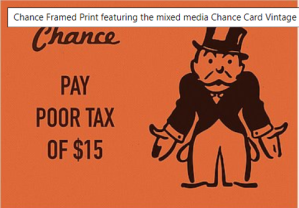 Also, this is the one thing that could bankrupt them that is totally avoidable. And yet your financial wellness program doesn’t cover it.

Fortunately, if you can spare one short hour on October 31 (which you will get back 38 hours later, when the time changes), you can learn how your employees can avoid these bills. All it takes is a little sticker to put on an insurance card and teaching employees to use their card, rather than sign whatever is put in front of them and/or say: “Same as last year” when they ask you if your insurance information has changed.

The all-star cast of this webinar includes David Contorno, Brian Klepper, Marty Makary, and Marilyn Bartlett. You can register here.

PS If you can’t make the time because of open enrollment, you’ll have access to the recording.

It’s not about the broccoli, folks.

The major hazard facing employees today is not a broccoli deficiency, but rather: surprise medical bills. And here is one that boggles the mind: $650,000 for a $7000 surgery.  Even when these emergencies are “covered” (meaning you pay their bill, except for the four-figure co-insurance), these bills create stress, both emotional and financial, far in excess of stress created by any problem that can be solved by eating more fruits and vegetables. The rate of these bills is also about 100 times the rate of diabetes admissions and heart attacks combined: more than half of Americans report receiving one in the last five years.

Further, people — even people who eat plenty of fruits and vegetables — live in fear of receiving one. Often one such bill can force a family into bankruptcy.

So perhaps it’s time to rejigger your wellness priorities in favor of this most pressing problem? And the other thing is, unlike risk factors (which rarely decline in a population by more than 1-2%, excluding dropouts anyway, according to the Health Enhancement Research Organization), this problem is solvable. Naturally, your wellness vendor has no clue how to solve it, so pay close attention to the following paragraph.

The “long version” of the solution can be found here, But if you don’t feel like clicking through to it, here is the short version: give your employees a sticker to put on their insurance card that says:

“I consent to appropriate treatment and to be responsible for reasonable charges not covered by insurance, up to 2 times the Medicare rate.”

Then you need to educate your employees — using Quizzify or an endless stream of memos, as you prefer — to do two things:

Unlike attempting to create a more broccoli-centric workplace, this is exactly the type of behavior change you can get widespread acceptance of. Nothing like the threat of bankruptcy to motivate employees to put a sticker on their insurance card.