In his third and final at-bat in this series, author / humorist / CEO provocateur Al Lewis hits one out of the park with the bases loaded. The Co-Founder and CEO of Quizzify, Al returns to remind us that employee health literacy can be delivered in delightfully humorous, trivia-style quizzes to simplify complex topics and help employees stay engaged in – and committed to – their own health and well-being.

This time, we cover:

Tune in here https://lnkd.in/e-pusGw to learn even more from this funny, distinguished and principled healthcare thought-leader. You’ll find it engaging and inspirational. Listen. Learn more at https://www.quizzify.com/.

PS Worth tuning in just to see where the title comes from. Believe it or not, an important health literacy topic.

You can sue me, but I won’t be settling.

Ok, I don’t usually use this blog to write about myself because other folks make much better copy. However, this is a great interview. I hope you have as much fun reading it as I did doing it.

When you present at a conference exposing the inadequacies of “Disease Management” and then the industry begins to crumble, you might be a person whose opinion should be heard. Such is the perceived power of Al Lewis, who formerly taught economics at Harvard and ran Peer Review Analysis, a NASDAQ health care company, a man widely credited with inventing disease management, although he’s quick to say he didn’t. A more accurate description these days might be “Bouncer,” standing guard at the gate to discourage bad behavior.

Al has made a reputation for himself, especially on LinkedIn, promoting corporate wellness vendors whose methods have been validated, and calling out those who do not measure up to the standard. If you are on his naughty list, be warned. “I call out those who are lying through their teeth,” Al says.

Indeed, even the most cursory review of Al’s LinkedIn activity reveals his fearless cross-examination of people and companies who regurgitate bad data or make wellness promises they can’t keep. And he often does it by name, tagging the companies he is calling out.

“Aren’t you afraid of getting sued?” I asked him.

“Make my day,” he says. “Sue me, but I won’t be settling. And I’ll be blogging about it the whole time.”

You can read the rest of the interview here.

Remember when the sergeant asked for a volunteer to step forward and Moe and Larry took a step back?

Looks like Virgin Pulse has won the best-HRA contest the same way. Yes, it is a complete waste of employee time and employer money. In HRAs, that’s table stakes. It earns a solid “C” not because anyone will learn anything of any value, but rather because the other two are worse. The VP HRA offers so little advice that none of it is really bad. It that sense it is better than Cerner’s (“F”) and Optum’s (F+).

Here’s what Virgin Pulse’s HRA gets points for not doing:

Tell employees to eat nonfat yogurt that is full of sugar (like Cerner):

Imply that employees on opioids should get more opioids (like Optum)

Further, it is actually coherent, instead of containing questions like… (Optum again)

…in which both non-asthmatics and completely uncontrolled asthmatics would give you the same answer.

“Eat a healthy breakfast.” Who can argue with that? It’s like a manager advising the batter to hit a home run. Obviously the key is in the execution, and naturally Virgin Pulse provides none. In that sense, it is the best HRA because the others give such bad advice.

What constitutes a healthy breakfast? Can’t be just any old cereal. Those are full of sugar. Ah, maybe something like Kellogg’s Smart Start with Antioxidants, which is “heart-healthy.” 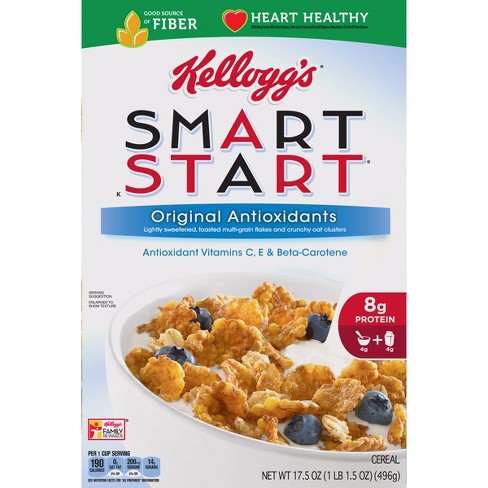 Oops. That’s on Eat This Not That’s “worst healthy cereals” list.  Because it is — you guessed it — full of “heart-healthy” sugar.

Eggs?  For most people, eggs are a healthier choice than most packaged cereals. Of course, there are exceptions — a bit less than 1% of the population is genetically predisposed to high cholesterol. But wellness vendors would lose money if they actually spent the time to address these nuances. Of course, in this case, the “nuance” is that familial hypercholesterolemia (FH) is a much better predictor of cardiac events than anything in any HRA. As in about 40% of everyone with untreated FH will infarct before age 60.

Oatmeal?  Probably the greatest consensus around that. (And that’s the breakfast of choice here at TheySaidWhat? World Headquarters.) Yet plenty of cereal companies, and fast food chains, have turned oatmeal into junk food. Dunkin’s “Brown Sugar Flavored Oatmeal” packs in 28 grams of sugar (none of which is actual brown sugar, as luck would have it).

Orange juice? That counts as a serving of a fruit according to the American Heart Association (AHA) and Virgin Pulse is a big one for telling you to eat up to 11 servings of fruits and vegetables a day, with “1/4 cup” of juice counting as a serving. Using the AHA math, an 8-ounce glass of juice would appear to get you 4/11ths of the way there.

And ads for “healthy” cereal sometimes show a glass of orange juice on the side:

On the other hand, NPR and Consumer Reports advise against considering juice as a healthy alternative. The sugar is “natural,” but there is an awful lot of it. (I myself am not a nutritionist, and don’t even play one on TV, so I don’t have an opinion on whether natural sugar is OK and added sugar isn’t. Except I would point out that grape juice contains natural sugar while grape juice concentrate is an added sugar. Both can’t be right.)

So which is it? Drink more juice, or don’t? Which constitutes “eating a healthy breakfast” ? I don’t know and I suspect neither does Virgin Pulse. The difference, of course, is that TSW isn’t charging lots of money to give employees advice.

Obviously, employees are going to lie on HRAs, and Virgin Pulse’s is no exception. I was invited to watch a group of employees completing theirs, For each answer, they gamed the system. What is the optimal amount of stress to claim? Too much might harm their career. Too little and someone might give them more work.

How much should they claim to drink?  “Not at all” might cause their (well-known!) employer to think they’re lying, so they all decided to cut their true totals in half.

Servings of fruits and vegetables? Most of them just made up a number that would sound good to an employer.

Everyone seems to know employees lie on HRAs (including, of course, Virgin Pulse) except the employers that still use them, whose quest to create a culture of health ends up creating a culture of deceit. No need to take my word for this. Simply complete this chart to see what percentage of your employees with something to lie about are indeed lying — and what the odds are that an employee with something to hide will tell the truth about it:

Result: in the so-called best wellness program, almost 2/3 of employees lie, though in all fairness to Wellsteps, some of those could be the same employee lying twice. And extrapolating from Wellsteps’ result, the odds of an employee coming clean about a bad health habit are about 1-in-4. That’s the average of smoking and drinking. Generally the more socially acceptable habits will show a higher percentage of employees telling the truth.

Keep in mind, too, that there is another way to lie on HRAs, which is understatement. You may recall from Wellsteps that the 23% who drink only imbibe 1.3 drinks a day, while 3% who do admit to smoking indulge in cigarettes only 4.27 times a week, perhaps taking a break on weekends and major holidays, such as Beethoven’s Birthday. 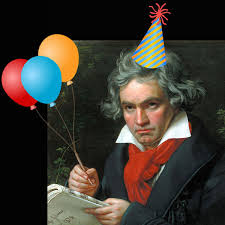 Due to the lying and uselessness, should employers drop HRAs altogether?

In the immortal word of the great philosopher Curly Howard, soitenly.