Home » HERO » So many candidates for the Deplorables Award countdown, so few numbers between 1 and 10

So many candidates for the Deplorables Award countdown, so few numbers between 1 and 10

Having covered the also-rans last week, here are the first runners-up, as we inch ever closer to the coveted top spot. (To read the original postings, click on the numbered headers.)

Interactive Health conducted what may be the head-scratchingest screen in wellness industry, a difficult feat given all the competition. For starters, they tested me for calf tightness. It turns out my calves are tight–and right on-site they loosened them. I could feel my productivity soaring…until the left one went into spasm that night and I couldn’t get back to sleep. Still, I can see their point — loose calves are a useful trait for many common jobs.

Next, Interactive Health shattered the record, previously shared by Total Wellness and Star Wellness, for most USPSTF non-recommended blood tests. I don’t know what half these things are, which means neither does Interactive Health. 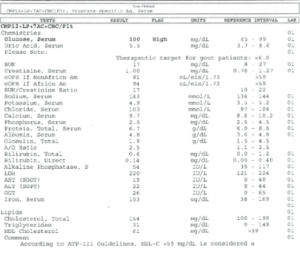 Where would a Deplorables Greatest Hits List be without the Koop Award Committee?

When bestowing this year’s award to their fellow Committee member, Wellsteps, they didn’t even pretend not to lie. And what lies they were! Not just regular-sized lies. Not even supersized lies. We’re talking lies that would make a thesaurus-writer blush.

PS  Not everyone on the Committee is a liar. One person is quite honest and can’t believe what goes on every year. I don’t want to name my source because in Koop-land, honesty is grounds for termination. As is getting validation. Or adopting the Code of Conduct. Basically ethical behavior is off-limits. An executive of one group, Altarum, published a blog critical of wellness and <poof> the Committee disappeared them.

Michael O’Donnell seems to crave my attention. When he managed to go three whole months without being featured in a TSW posting, he came up with these irresistible nuggets:

If nothing else, Mr. O’Donnell presents the best argument for requiring educational standards, or at least a GED, in this field — by demonstrating his total lack of understanding not just of wellness, but also of vaccines, sanitation, antibiotics, percentages, diseases, ROIs, and preserving civilization as we know it.

Oh, yes, and multiplication as well. His article on how to increase productivity with wellness used an example demonstrating a productivity decrease. In 2016, he also went on an anti-employee jihad that should be read in its entirety. (Translation: some of my best work…)  Highlights:

If employees didn’t already have an eating disorder, what better way of giving them one — and hence extracting more penalties from them — than to levy fines based on their weight?  Employees above his ideal weight would pay per pound, sort of like if they were ordering lobster or mailing packages.

These three characters — naturally also on the Koop Committee — managed to pile more lies, sardine-like, into a single page than anyone else in this industry, in the “poison pen” about me they circulated to the media.

A good starting question would be, why on earth would anyone think that they can send a “confidential” letter to the media?  The media are in the business of disseminating information. You see, that’s why they call them “the media.”  Am I going too fast for you, Mr. Goetzel?

How did I learn this? That will be the subject of a post early year.

Watch this space…soon we will be naming the industry’s #1 Deplorable of 2016.

By whynobodybelievesthenumbers in HERO, Koop Award Invalidity, Uncategorized on December 19, 2016.
← The Wellness Industry Stars of 2016 Wellness Stars of 2016, part 2 →