Note that this personal blog post does not necessarily represent the views of any organization with which I am affiliated, other than the one with which I co-founded.  I am referring, of course, to the Needham Frisbee Club, where everyone is welcome to join and play and become fitter — since fitness at any size, not corporate crash-dieting contests, is the key to health.

By now, many facts are well-known about weight and weight loss programs:

Further, while perhaps not proven, there is growing evidence, also here, and here, that weight cycling may be hazardous to health. (This would likely be particularly true when an employer ties incentives to gaining weight for the first weigh-in in order to lose it by the second weigh-in.)

And, yet, a number of the workplace wellness industry’s very stable geniuses have chosen to body-shame employees.  The individuals and companies listed below are the wellness industry’s leading body-shamers, charter members of the Body-Shaming Hall of Shame. No surprise that wellness luminaries are leading the charge towards body-shaming, as their industry has repeatedly been called words like “sham” and “scam” by Pulitzer Prize-winning media outlets not otherwise known for name-calling.

Where possible, we have provided contact information, that you can use to let the appropriate people know how you feel about endorsing body-shaming in the workplace. Obviously, one can never eliminate discrimination based on body type, but hopefully this exposé, and creating the Body Shaming Hall of Fame, will reverse the trend towards employer support of weight discrimination in wellness programs.

Wellsteps is known in general for harming employees, and won a Deplorables Award in 2016 for harassing Boise School District employees. Mr. Adams cemented his and Wellsteps’ candidacy for this list by declaring: “It’s fun to get fat. It’s fun to be lazy.” After receiving many complaints, he took that article down. But he never apologized and Wellsteps continues to pitch “wellness or else” programs in which employees are fined if they can’t lose weight.

Ignorance of physiology (fines and incentives have never cured any disease known to mankind) is quite consistent with the rest of Wellsteps’ philosophy. They also have no understanding of arithmetic (costs can’t increase and decrease at the same time), drinking (it is OK to have wine with dinner or a beer at a ballgame), smoking (smokers don’t take their first steps to quitting by smoking only on weekdays), nutrition (“one more bite of a banana” will not improve your health), and arithmetic again.

You can let Wellsteps’ largest client know how you feel about this by writing to the Boise School Committee at Jeannette.clark@boiseschools.org and copying the editor of the local newspaper, Rhonda Prast, at rprast@idahostatesman.com.

Michael O’Donnell served, until recently, as the prevaricator-in-chief of the industry trade publication, the American Journal of Health Promotion, which might as well be called the American Journal of Self- Promotion, for the simple reason that – despite the overwhelmingly poor economics of “pry, poke and prod” programs and their strong likelihood of harming employees – they have published only one single sentence critical of wellness…and when that was discovered to have slipped through pre-publication review by their thought police, they walked it back in the next issue.

Mr. O’Donnell was voted into the Hall of Shame thanks to his proposal to charge employees for insurance based on BMIs, a “pay what you weigh” approach, like ordering lobsters or sending a package. 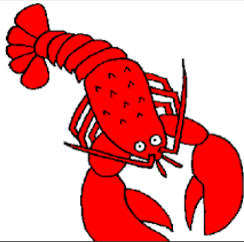 His proposal should be read in its entirety (or at least the hilariously annotated version). Here are a few highlights:

If employees didn’t already have an eating disorder, what better way of giving them one — and hence extracting more penalties from them — than to levy fines based on their weight?

We aren’t making this up. Here is an excerpt:

He claims that all these weigh-ins and fines will create an “insanely great program” for employees, whether they like it or not.

Where would a wellness-related Hall of Shame be without Ron Goetzel? Name a debacle or scandal in wellness, and his fingerprints are on it. Penn State, Nebraska, McKesson, Bravo/Graco, and of course Wellsteps come immediately to mind.

He was also the very stable genius behind the Johnson & Johnson Fat Tax. The Fat Tax  was supposed to be a game-changer, ostracizing overweight folks with the misfortune of working for publicly traded corporations. In this scheme, companies would weigh their employees and then disclose those weights to shareholders. The shareholders would presumably reward those companies doing the best job of reducing employee weight, creating more profit for the wellness vendors, like Vitality or Johnson & Johnson, who would help employees lose weight. Ultimately it would be a tax, in that every employer that did not hire a wellness company and/or fire fat employees would see its stock price tumble, making wellness a mandatory fee.

While this “fat tax” would go a long way towards achieving the Wellness Ignorati’s goal of monetizing body-shaming, bringing financial disclosure into the picture raises all sorts of regulatory issues. Could you force employees to be weighed in order to meet SEC disclosure rules? What if employees cheated on the weigh-in, as employees are wont to do? Would that create a Sarbanes-Oxley violation?

Finally – and this shouldn’t come as a surprise to anyone – there is zero correlation between employee weight and corporate performance.

Mr. Goetzel works for Johns Hopkins and often places their name on his essays. If you have an opinion on whether Johns Hopkins should be supporting institutionalized body-shaming, you can express your opinion by writing to Dean Ellen MacKenzie at emacken1@jhu.edu .

So he doesn’t want to work with obese people, except if they happen to be president.

Dr. David Katz coined the term “oblivobesity” because apparently, he feels we have not yet made larger people feel bad enough about themselves to force them to do something about their weight – the difficulty of which has apparently been overstated because, according to Katz writing in the Huffington Post:

“There are rare cases of extreme weight loss resistance and such, but by and large, we can lose weight and find health by eating well and being active. Really.”

He deftly rebuts 30-plus years of consistent and conclusive research to the contrary by adding “really” to the end. Because everyone knows that makes a statement true. Really.

He also continues to illustrate his postings with pictures of headless fat people. And then there is his defense of Dr. Oz.

By whynobodybelievesthenumbers in Obesity on June 18, 2018.
← Colon cancer screening should start at 45. (Not!) Congratulations to Amazon/Berkshire/JP Morgan on an excellent choice →