So I just got word of another of Ron Goetzel’s signature moves–spreading rumors among my business contacts. (How’s that worked out, Ron?)

Typically the “tell” is that a contact will ask me: “Hey, is it true that you eat your young?”

“How’d you know?” would be the response.

Just for the record, because things I say have a way of being misquoted or misinterpreted, I do not eat my young, my old, my middle-aged or anyone else. Not for breakfast, lunch, or dinner. Or even between-meal snacks.

This happened again last week. My signature response to Ron’s signature move is, invariably, when-they-go-low-we-go-high.  I simply shine a light on a wellness outcome, embarrassing him and his cronies.  With the exception of US Preventive Medicine, which somehow manages to noticeably reduce risk in a population, these are quite predictably unfavorable. That’s on a good day. On a bad day, they actually harm employees.

Unfortunately, there hadn’t been a good wellness outcome to analyze in months.

And then, yesterday, a deus ex machina.  The Journal of the American Medical Association just published the second year of the University of Illinois study showing, as usual, that:

This Seinfeld-like result showed no change in risk factors, after two years. The only “positive” was that more employees had PCPs, an outcome which could have just as easily been acheived by saying: “Hey, everyone, go get a PCP. We’ll give you the $100 we would have wasted by paying a wellness vendor.”

It will be interesting to hear the wellness industry’s excuse for this one. Because after the first year, the excuse from the vendor-infested National Business Group on Health was: “The lack of first-year cost savings should not be surprising.” For the second year, I guess they’ll just cross out the word “first,” and replace it with “second,” using a sharpie. 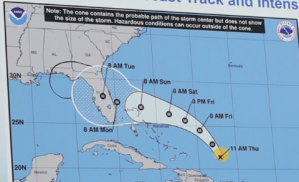 How, one might ask, do these people even stay in business after 12 studies in a row show an epic fail?  Here is how. This is a comment on a previous article that was just recently forwarded to me:

I know I’m late joining the discussion, but I nonetheless felt the need to contribute. I worked as an analyst for one of the corporate wellness providers on Al’s shit list, so I have an insider’s perspective. I ran some of our client’s ROIs. People love to quote them – including some of the commenters below [Michael O’Donnell, Ron Goetzel, etc.] and the sad thing is that we often base our arguments on what these ROIs are, as though they are fact. They are not.

Our models are based off poorly reviewed industry research, which would be laughed at in the econ graduate program I attended. That aside, I produced an ROI using their model – a model that I would have been embarassed to defend to anyone.

The result was a negative ROI, but when I emailed my supervisor the result, he called me into his office and told me verbatim: “We aren’t allowed to have a negative ROI. Go fix it.” I argued with him about how our already crappy model would be completely devoid of integrity and would render the results meaningless if I were to cherry pick variables to yield a favorable outcome, but that fell on deaf ears.

Additionally, our contracts often had a clause that penalized us if we did not “deliver” on a pre-agreed upon ROI. Talk about incentivizing us to cheat! During my tenure I never once witnessed a client question our methodology in any meaningful way.

So it’s back on you, the employer, to put the kibosh on these wellness people, since they are clearly not on the honor system.

While you do that, I am going to go have something to eat. Perhaps liver, with a nice chianti.

By whynobodybelievesthenumbers in Uncategorized, wellness doesn't work on May 27, 2020.
← Surprise bills meet COVID: What you need to know Wellness industry jumps the shark →